Here is an opportunity to learn some history and write about it.

Choose one of the following questions and answer it by Monday, October 4th.

1. Were the Spanish just in their attempt to Christianize the Native Americans?  Why or why not?

2. Why was there so much tension between the religious groups in America?  Why were so many of them intolerant of others?

3. What are the risks and benefits of refusing to conform with society if you diagree with its principles?  Do you think it’s worth it today?  Why or why not?

4. How would our population be distributed differently if the Mayfower had landed in Virginia (where it was supposed to land)?  How might this have affected the American Revolution (or would there have even been one)?

5. Do you think that bad people can improve given a second chance?  Take into account the history of Georgia.

6. Why do you think religious extremists are still present in today’s society?  In what ways do these groups compare to the Separatists / Pilgrims? 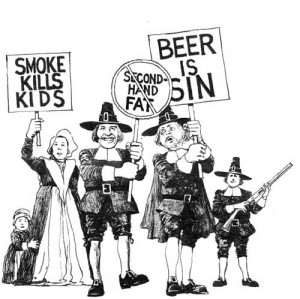 7. With the New England education system, independent thinking appeared to have been discouraged.  What do you think this meant for education institutions back then?  What must it have been like to have been a student back then?

8. What were the European explorers’ reactions to the unbounded nature of the New World?

9. If Europeans hadn’t settled the Americas, how do you think the U.S. would look like today?

10. If Powhatan hadn’t intervened in the fate of Jamestown’s “starving time”, what might have happened to the colony?

11. How did a person suddenly come up with a new version of Christianity?

12. Would people have migrated to America if King Henry VIII hadn’t broken from the Roman Catholic Church?  Why or why not?

13. Was it hypocritical for the Puritans to persecute the Quakers, especially after they were persecuted in England?

14. Were the Wampanoags and other Indian tribes justified in their reasoning for launching King Philip’s War (to stop the spread of the English onto their land) and the death and injury of several hundred English men and women?  Why or why not? 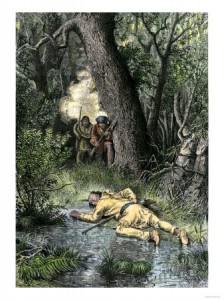 15. Why did the Europeans treat the natives so poorly when many of them were helpful and peaceful at first?

16. Do you think Father Bartoleme de Las Casas’ idea to use Africans instead of Indians as slaves in the New World was a major factor in the establishment of African slavery in America?  Why or why not?

17. How were the European explorers able to communicate with the Native Americans when they first arrived?

18. If people like John Smith hadn’t helped the settlers survive, what do you think would have happened to the new colonies?

19. What gave certain people or religion the right to pass discriminatory laws?

20. Why did the English monarch send Edmund Andros over to lead the Dominion of New England instead of appointing someone from the colonies?  What would have happened if a New Englander had been in charge?

21. Often times, it’s been said that one leader completely helped a colony to survive;  do you think that it is a fair statement to give one person sole responsibility for the success of a colony (Peter Stuyvesant, John Smith, Miles Standish)?

22. Would Americans have been as religiously tolerant today if the Quakers and Puritans actually had gotten along back in the 17th Century?  Why or why not?

23. If you were Peter Stuyvesant, would you have given up New York without a fight?  Why or why not?

24. Do you think the “visible saints” actually believed that they had been chosen by God or do you think that they faked it for the social acceptance and enhanced social standing?

25. How do you think American (and Virginian) history would have been different if John Rolfe hadn’t developed a better, less bitter strain of tobacco to export to Europe?

26. Which of the early American colonies would you have liked to have lived in?  Why?

27. What do you think led Roger Williams to develop his “radical” views on religion? 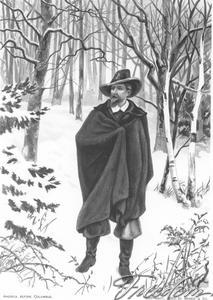 28. Everyone has their own interpretation of religion, so why does that have to affect the way that they live and treat others?

29. Which person that we’ve studied so far was the most democratic?  How about the most aristocratic?  Why?

30. Why do you think the Roanoke settlement disappeared?

31. What changes do you think would have occurred in the progression of colonial society if colonists were less hostile towards Native Americans?

32. During the African slave trade, how could African leaders have so easily sold other Africans into slavery?

33. If you were to start a new colony somewhere, what kinds of principles would you build it upon and why?  Think about religion, education, government, philosophy, morals, etc.

34. How do you think a 17th Century Puritan would react to our society today?  (Think of common behaviors, style of dress, religious attitudes, freedom, technology, etc.).

35. Which of the original 13 colonies do you think best represents America today?  Why?

36. How do you think Old World Europeans viewed those people who left their country and headed out to the unknown New World?

37. Do you think Puritan women felt discriminated against when they weren’t allowed any say-so in law making or decision-making?  Or do you think they accepted their role / fate as what God had wanted?  Why?

38. Why, during the Great Awakening, did slave-owners decide to teach their slaves about Christianity, when they did not even consider them human beings deserving of natural rights (in essence, by recognizing that slaves have a soul to save from hell, it’s a recognition of their humanity – something that had been denied them)?