“All men are created equal…” Thomas Jefferson, Declaration of Independence

“There is not a man on earth who would sacrifice more than I would, to relieve us from this heavy reproach [slavery]… we have the wolf by the ear, and we can neither hold him, nor safely let him go. Justice is in one scale, and self-preservation in the other.”  Thomas Jefferson’s letter to John Holmes 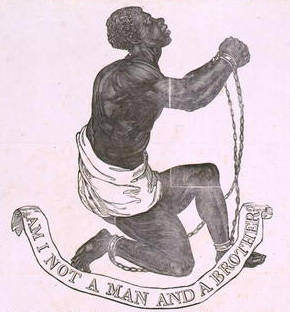 An argument that discredits some of the Founding Fathers, including men like Thomas Jefferson, George Washington, and James Madison among others is that because these men owned slaves yet fought for freedom, they are hypocrites.  The line of reasoning goes – “how could someone who so courageously advanced the cause of human freedom still be a slaveowner?  They can’t possibly be both for and against freedom.”   The next point in this line of thinking is that because of this hypocrisy, some of Founding Fathers, especially the Virginians, are racist because they neither had the courage to free their slaves or that they profited from their slaves’ labor.

One of the most biting quotes about this dilemma is from this time period (not ours) by Englishman Samuel Johnson:

“How is it that we hear the loudest yelps for liberty among the drivers of negroes?” (Ambrose 2).

But were our FFs neglectful of this slavery dilemma?   It appears not.  When Jefferson describes the perpetuation of slavery in his book, Notes on the State of Virginia, he talks about how the slavemaster attitude is passed on down to his children:

“The whole commerce between master and slave is a perpetual exercise in the most boisterous passions…The parent storms, the child looks on, catches the lineaments of wrath, puts on the same airs in the circle of smaller slaves, gives loose to his worst passions, and thus nursed, educated and daily exercised in tyranny…”

Here, the child of the slaveowner learns how to treat slaves like chattel, and the cycle is perpetuated.  But modern critics say, how could Jefferson recognize this contradiction in American society and not do anything about it?   Even in the same book where he criticizes slavery and its depravity, Jefferson embraces the racism of the time by asserting that slaves hadn’t produced any real literature, they smelled bad, and engage in sex constantly (Ambrose 4).  Yet, confoundingly, Jefferson also wrote a passage into the original draft of the Declaration of Independence that condemned slavery, and he also signed the bill that outlawed the international slave trade in 1808.

“I can only say that there is not a man living who wishes more sincerely than I do to see a plan adopted for the abolition of it [slavery].” —George Washington

Then there’s Washington.  He was the only one of the nine slaveowning president who had freed all of his slaves (neither Adams owned slaves).   He held the nation together through the force of his personality and will during some of the darkest times.  But that didn’t stop a school in New Orleans from being renamed in the 1990s from George Washington Elementary to the Charles R. Drew Elementary(Dr. Drew is the developer of hemoglobin) (Ambrose 11).

Ben Franklin and Benjamin Rush, FFs from Pennsylvania, helped found the nation’s first anti-slavery society in Philadelphia.  Rush is quoted as saying: “Domestic slavery is repugnant to the principles of Christianity… It is rebellion against the authority of a common Father.”

On the other side, there’s the assertion by Michelle Bachman, former Republican presidential candidate, who said that  the FFs “know that the very founders that wrote those documents worked tirelessly until slavery was no more in the United States.”   Specifically, Bachman mentions John Quincy Adams as one of these tireless founders, our 6th president.

1. What is happening here to the Founding Fathers?  Why are some people quick to attack and blame them for allowing slavery to exist at the foundation of a freedom-loving nation?  And why do some people defend the FFs with every ounce of their being?

2. Do you think the FFs are being judged by today’s standards or by the standards of the day in which they lived?  Have the FFs become some kind of political football that candidates use for their own purposes?  Why?