Here’s the video we watched on Wednesday, Oct. 12.  Please do questions / facts / hashtags for the film.

Also, PBS American Experience films, Tesla (airing Tuesday, Oct. 18 at 9pm) and the Battle of Chosin (airing Tuesday, Nov. 1 at 9pm) are available for extra credit.  Your job is to submit a paper, minimum one page typed single spaced, summarize the film with details (1/2 page minimum) and then connect the film to the APUSH universe (minimum 1/2 page).

Film, The Rage Within, from the mini series, The Fifties. https://youtu.be/fVFdoiIpN_U

I hope that you got a chance to see Selma, a moving drama about the events leading up to the Voting Rights Act of 1965, the piece of legislation seen as the culmination of the Civil Right Movement (CRM) in the 1960s.

This particular article is written by an historian who thinks the movie is flawed b/c it omits a key scene or the reason behind why King turned back at the Edmund Pettis Bridge days after Bloody Sunday (when the original marchers were attacked and broadcast on TV).  http://www.thedailybeast.com/articles/2015/01/02/dr-king-goes-to-hollywood-the-flawed-history-of-selma.html

1. I’d like you to read it and tell me whether or not you agree with the historian and explain why this makes the movie flawed or not flawed.

Pick from TWO of the following:

2. The movie doesn’t try to show King as a hero.  In fact, it shows his flawed marriage with Coretta and his infidelity and how it had affected their lives.  Give your thoughts on the portrayal of the King marriage.

3. The FBI and J. Edgar Hoover director are shown as creepy, invasive, and abusive.  They wiretapped the members of the CRM, they manufactured evidence to show King’s infidelity, and tried to prove that Malcolm X and King were communists.  What are your thoughts on the abuses of power by the FBI and Hoover? 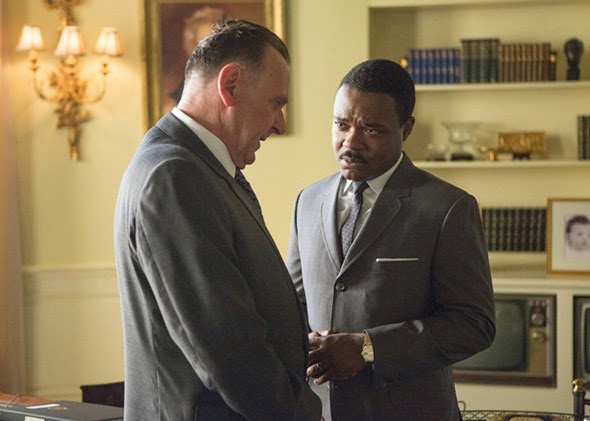 4. Some historians, particularly those who have worked with President Johnson, have criticized the movie for not showing a more sympathetic Johnson (who was shown wanting to work more on his Great Society – War on Poverty and the Vietnam War which went barely mentioned).  Anti-racist activists have criticized a sympathetic Johnson as taking away accolades from King, a black man, and giving more credit to the President, a white man, for a pivotal piece of legislation, the Voting Rights Act.  Which portrayal do you think should have been shown?  Why?

5. Draw some comparisons to Lincoln (the movie) and Selma.  They can be favorable or unfavorable to either or both.  Explain your reasoning for the comparisons (minimum of 2).

Your responses are worth 10 extra credit points and are due by Friday, February 6.   Response total should be 300 words minimum.

Hellhound on His Trail

Here are some questions to answer about the book:

1. Galt never gave a direct reason to hate Dr. King – we only know that Galt hated blacks because of his love for Alabama governor George Wallace and his run-in at the bar), so what were his reasons for going after Dr. King?

2. Did you like how the author wrote the novel as a thriller while writing a true crime novel?

3. When people die, people tend to forget all of that person’s bad traits.  Do you think that the public’s opinions of Dr. King changed after he was assassinated? Why or why not? 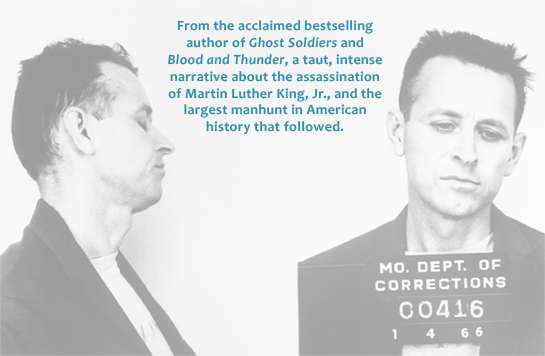 4.Do you feel that Hoover and the FBI’s stalking of King was acceptable or an invasion of privacy for no reason?

5. If an assassination of a public figure had happened today, do you think it would take as long to find the killer?  Why or why not?

6. It seemed like Dr. King had a feeling or premonition like he wouldn’t live much longer, how – if you were him – would you have felt and what would you have done?  Why?

7. Should the FBI have shared in the blame of Dr. King’s death for not better protecting him when death threats were a regular thing for Dr. King? 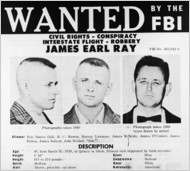 8. Why do you think the book put so much emphasis and detail on the activities King was doing just before getting killed?

9. How did Eric Galt get most of his money?

10. Do you think the authorities would have done something different with Ray if Dr. King had lived?  Would there have been as big of a manhunt?

11. Considering how much Hoover had hated Dr. King, was it surprising the number of people Hoover had sent out for the manhunt for King’s assassin? Why or why not?

12. Do you think Galt realized the effects that King’s assassination would have had on America (like the riots that happened afterwards)?  Were these his intentions or were they unintended consequences?  Why? 13. Why do you think the author included Galt’s previous activities like drugs and bar fights in Mexico and drfiting around Los Angeles working for the Wallace campaign?

Pick two of these questions and answer them by Friday, May 17.

250 words minimum for your total answer.

Category: Blogs | 2 Comments on Hellhound on His Trail

For the earlier hours, I decided to change up the questions.  Everybody has to do question #1, and then you pick one question for your part.

1.Compare the degress of success or failure of the Civil Rights Movement and Populist Movement. Consider: a. legislation passed, b. effectiveness of legislation, c. difference between stated goals and accomplished goals, d. effect on the dominant culture of the U.S.

#3 Why did Truman and his advisers feel a need to “act on the race question” immediately following World War 2?  What evidence exists to support Zinn’s answer to this question?

#5 What do you think Zinn means by this “….but voting was not a fundamental solution to racism or poverty?”

#7 How was “busing” an “ingenious concession to protest”?  Did it contribute to deferring the dream (from Langston Hughes’ poem)?

Your 2 questions on the Zinn chapter need to be emailed / typed and turned in by Monday’s class period.

“I became convinced that noncooperation with evil is as much a moral obligation as is cooperation with good. No other person has been more eloquent and passionate in getting this idea across than Henry David Thoreau. As a result of his writings and personal witness, we are the heirs of a legacy of creative protest.” – Martin Luther King, Jr, Autobiography

Initially going back to the 5th Century, St. Augustine stated that “an unjust law is no law at all”  giving some theological weight / heft to earthly laws. Henry David Thoreau suggested that we obey our conscience when we decide to obey or disobey a law.  He went to jail during the Mexican War and wrote his famous essay on civil disobedience.  Gandhi used Thoreau as inspiration, and King used Gandhi as an inspiration.  Gandhi and King used religion to inspire and their followers.  Here’s a quote from Dr. King from a sermon in the early days of the Montgomery Bus Boycott:

… I want it to be known that we’re going to work with grim and bold determination to gain justice on the buses in this city. And we are not wrong; we are not wrong in what we are doing.

But we can’t necessarily have people going around disobeying laws that they don’t like.  There has to be some standards.  Right?  According to Dr. King, he stated that the difference is:

Assumption: Since we cannot argue and fight with every law that we think goes against “the harmony of moral law” or disobey laws at whim (for instance, I might think that one day, the speed limit downgrades my personality, therefore I am going to take a principled stand against it by not obeying it), we have to assume that most laws need to be obeyed.

But what are unjust laws today??

1. Abortion?  Or restrictions on abortion?

2. Wars or other military actions? 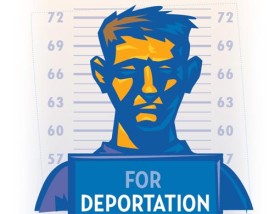 a. Would you be willing to go to jail to protest unjust laws like the Civil Rights workers had done many times during the 1950s and 60s?  (Consider the ramifications of a felony or misdemeanor on your record, and its impact on your possible future career).

b. After consulting the list above, which laws would you be willing to fight against?  Why? (feel free to add to the list if you see any missing).

c. Do you agree with Dr. King’s reasoning w/ what makes a law just or unjust?  Why or why not?

Letter from a Birmingham City Jail by Dr. King.

A history of mass civil disobedience by ACT UP.