Blog #134 – Reconstruction as relevant as ever

I don’t like to give you just a two-pronged choice, because logically, there are more than two choices to choose from.  So, what I’d like you to do is weigh the evidence that we looked at during our debate, in the Reconstruction stations activity, Dr. Foner’s article on why Reconstruction matters still, your chapter 15 reading, and make your own decisions about Reconstruction’s successes and failures.

In the old school or William Dunning interpretation (or Group A’s position in the debate), Reconstruction was a miserable failure that blundered in giving freedmen their rights (which they weren’t ready for for a variety of reasons, but usually racist theories about intelligence and human nature), but Andrew Johnson and the Klan were portrayed as the heroes of the era because they tried to ease the country back together painlessly (Johnson) and pushed for restoration of home rule (Klan).   Reconstruction governments were filled with scalawags and carpetbaggers who corrupted the states and raised taxes.  The true victims here during this period were Southern whites.  In this old school, we see a major critique of the federal government’s expansion and exercise of federal power over the states.  Behind much of this interpretation is the opinion that was popular at the turn of the 20th Century that white people of Anglo-Saxon (English) or Northern European descent were superior to the rest of the world.  We see a lot of this nonsense in the silent blockbuster from 1915, Birth of a Nation (link here if you wanna check it out), and the epic Gone With the Wind in 1939.  Part of the reason that this Dunning School of Reconstruction had such a lasting impact was that there was a huge push towards reconciliation in the late 19th Century, all the way into the 1950s when younger historians began reexamining the records of the times and came to different conclusions.

Black historians like W.E.B. DuBois in the early 20th Century depicted Reconstruction as a tragedy (much like Group B in the debate) because of its failure to secure civil rights for African Americans throughout the country in his 1935 book, Black Reconstruction (link to the audio book on YouTube here).  While he stated that there were minor successes like education for Black Americans, he lamented the violence that racist whites inflicted upon Black Americans – lynching had reached peak numbers in the 1890s, and white society attributed this to inherent Black criminality (but we all know the real story). 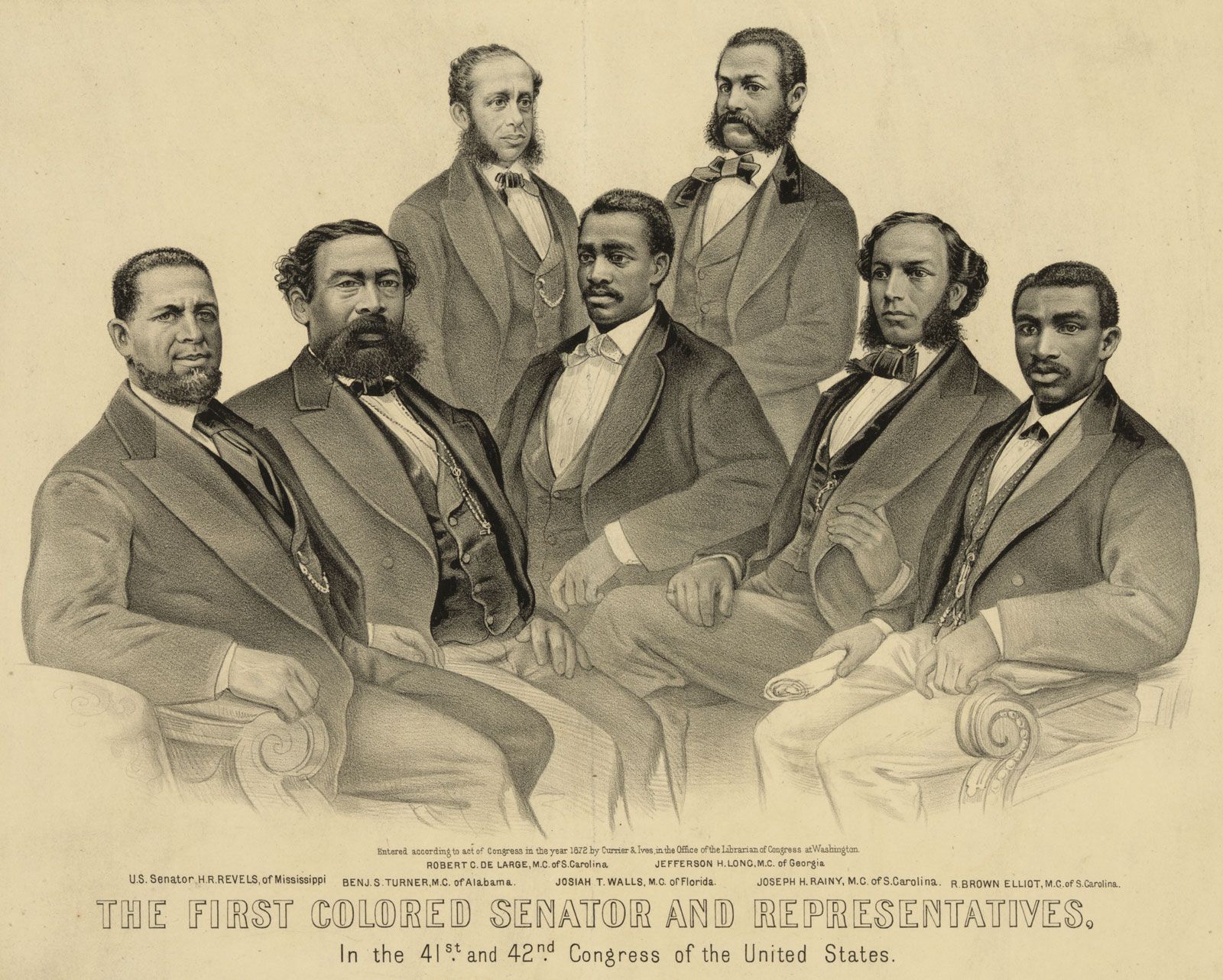 Under some of the new interpretations, especially the Progressive and Neo-Progressive / New Left historians in the 20th Century, the Dunning interpretation is flipped on its head.  Andrew Johnson was a racist who stood in the way of the idealist Radical Republicans who wanted to give freedmen their full and equal rights.  The Klan was not the protector of the South but a haphazard terrorist organization that kept blacks from voting and intimated both whites and blacks in the South.  And the Southern state governments, Republican by nature, may or may not have helped out the freedmen.  One thing is certain: the governments, from the local (Boss Tweed and Tammany Hall) and state all the way up to the federal level (see the Grant administration) were corrupt.  Moral standards were low during this time period and many people (as we’ll see in one of our next units) are in it to make a quick million or two.  Here is an extended interview with historian Eric Foner on Reconstruction.

Your task: Discuss your interpretation of Reconstruction on its successes and failures.  Use specific evidence from the notes, articles, and readings that we have used to back up your ideas.

Due Monday, January 25th by class.  Minimum of 300 words for your total answer.